Just throw the word carnival around freely just to get the crowds in to Skegness. Let’s make it clear, this is NOT a carnival. What it actually is, is a bunch of tractors and cars with adverts attached to them advertising local Skegness businesses. 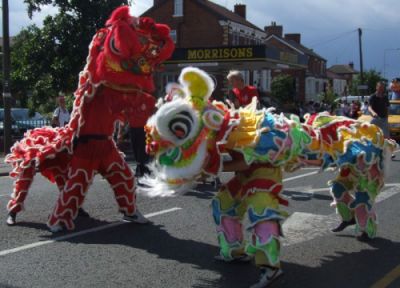 The only thing that was any good and was in keeping with a carnival theme was the Chinese dragons, we loved those guys. If it wasn’t for them I think I would have gladly let myself get trampled by the crowd.

There’s nothing spectacular that would take your breath away, no excitement or fun for the kids, no great music to get you in the mood. Just old dreary vehicles and a bunch of people in the carnival who never smile and look like there in the process of having their toe nails removed (click the image above and try to spot a smiling face, it would be easier to find Waldo!).

Skegness Carnival for Businesses NOT for Holiday Makers

This entire event just seems to be publicity for Skegness businesses, So with regret my suggestion is to stay away from this disappointing non-event, it’s cheap and nasty like most of what Skegness organizes.

It’s a waste of two hours of your life you’ll never get back. I would even say its worse than watching a bad film, at least when you watch a bad movie your sat down. During the Skegness carnival your stood up for 2 hours squashed, sweaty, pushed and jostled, with people smoking in your face, the smell of 50 different fragrances of cheap perfume, babies crying and mothers yelling at them, all for NOTHING.

What Skegness Carnival Should Be

Firstly great music, modern, body rocking music, NOT every brass and marching band you can find to churn out some old dreary (there’s that word again) 18th century crap!. 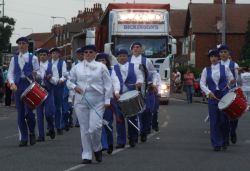 Bright colourful costumes, that takes effort to make. NOT some rubbish hired from a costume shop that only 7 people in the entire carnival went to the trouble to hire. 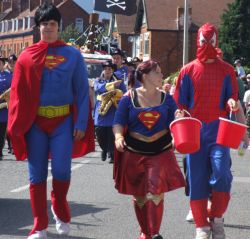 Street Entertainers: where are they?

Street merchants selling things like helium balloons, jewellery, trinkets, whistles and noise makers, maybe even a Skegness carnival market: But there aren’t any of this either. 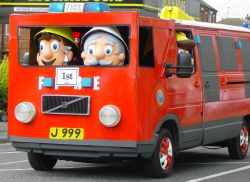 Gifts of plastic necklaces, fake flower wraths, plastic rings, sweets and small trinkets passed out to the crowd. NOT 2 boiled sweets to share between 3 children, some colourless paper flags and a key chain that my kids got. To say that the paper flags where to promote road safety to children, they weren’t very attention grabbing or fun. The best thing they got was from the fire service which was the key chain, but all it had on it was a boring fire engine that ended up in the bin.

It’s for the kids people. Make it fun, so those on holiday actually WANT to return to Skegness!!

Seriously how difficult is that.

This is a parade at best and not a very good one at that.

My verdict on the Skegness carnival: 0-5 stars.

The Skegness carnival committee puts zero effort into this event, so they get zero stars.

Don’t attend or come to Skegness for the carnival it’s a very embarrassing Joke!!!. It’s out of date old fashioned “family fun” that only your gran might enjoy: we spoke to elderly neighbors who think it’s rubbish and don’t watch it, they have lived in Skegness on the carnival route for over 20 years! 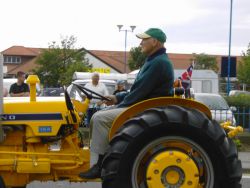 If anyone else has any other ideas to suggest to the Skegness carnival committee on what a carnival really is feel free to comment below.

Maybe one of the old fuddy duddies will have Internet access and stumble upon this review and take note.

BTW we live right outside the carnival route and since 2007 (our first Skegness Carnival) we no longer bother even looking out the window. If we want to see a procession of cars and other vehicles we’ll wait until rush hour and look then ;) 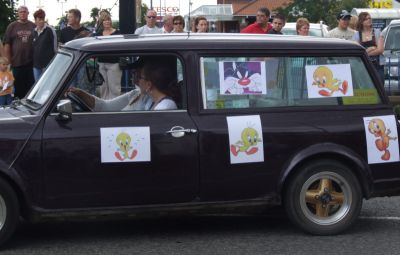