What’s on at the Skegness Embassy Theatre 2010

2010 is looking to be a great year for the Embassy Theatre in Skegness with shows that will WOW crowds of all ages. 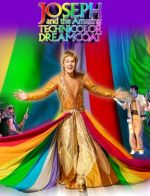 The Embassy is well worth a visit in 2010 with top shows like Andrew Lloyd Webber’s: Joseph and his Amazing Technicolour Dream Coat starring Craig Chalmers, from the hit BBC show Any Dream Will Do, performs in this family musical, Joseph will be performing in February 2010.

A Michael Jackson Tribute band all the way from the USA will be performing at the Embassy in February 2010 and for adults who enjoy a good laugh with a naughty sense of humour Julian Clary will be sweeping into town in the same month. 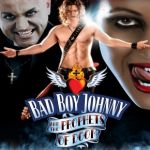 For Rock Chicks and Dudes a tribute band to Bon Jovi, The Bon Jovi Experience will be performing at the Embassy in March as well as Steve Steinman’s Bad Boy Johnny and The Prophets of Doom playing in April. This show was an original hit in Australia where it starred no other than a young Russell Crowe, so who knows where the star of the English version will be in the future, this shows guaranteed to be a lot of fun.

The little ones are in for a treat to with Postman Pat driving into the Embassy to say hello late February 2010. Show Me Chris & Pui from CBeebies will be dropping by in April and my personal favourite Noddy will be performing to fans young and old in May 2010.

For Teenagers a tribute band to the Kings of Leon called Kings OV Leon, will be show casing their show in April 2010.

The hard work and dedication from the Embassy staff is really paying off next season, providing shows for all tastes and ages. Their dedication can be seen in the Embassy Theatre 2010 prospectus featuring shows like Most Haunted Live! from the popular TV series. For the first time on stage around the country the Most Haunted Live show promises to be a supernatural thrill-fest, that’s a totally unique event, playing at the Embassy theatre in February 2010.

A Take That tribute band (Back for Good) will be singing the night away with Take That songs new and old in April.

Desperado – Heart of the Eagles (Eagles tribute band) is coming to the Embassy as part of their world tour in April and Essence of Ireland will get you in the Irish mood in May with Irish music and dancing. 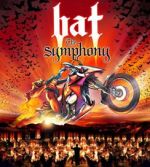 Bat – The Symphony, Steve Steinmen’s tribute to Meatloaf will be featuring a 30 piece orchestra in June 2010 with the power of a rock band mixing both classical music style with rock to create a mind-blowing musical event. 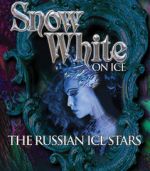 The ever popular AWE inspiring Ice show from the Wild Rose Russian skate stars, are returning to the Embassy in 2010 with Snow White. Date to be announced. We have been to see several of there spectacular Ice Shows at the Embassy, our favourites being Peter Pan On Ice and Cirque De Glace Ice Show. Snow White is a definite must see, not to be missed!

In September Brian Fortuna & Kristina Rihanoff dance stars of the ever popular BBC1 TV show Strictly Come Dancing will be getting your body moving with Strictly Dancing at the Embassy.

These are a small example of the shows coming to the Embassy Theatre in 2010, so dump the pub for once and give yourself a night to remember by giving the Skegness Embassy Theatre a try, you wont be disappointed with the performances taking place next year, there’s something for everyone, so pick up a 2010 brochure and book your tickets early for a night out of a life time.

As we see some of the shows above they’ll be reviewed and linked from Skegness Embassy Theatre 2010 Spring and Summer Shows.