My son and I went to see Shakespeare 4 Kidz Macbeth at the Embassy Theatre on the 23rd November 2009.

It’s a production for children to learn about the play by William Shakespeare’s called The Tragedie of Macbeth through a musical. I think it’s important for kids to learn about Shakespeare, but in a fun way, so this is the perfect opportunity for my son to see Macbeth. 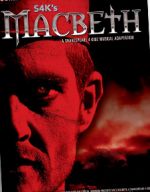 Although this Shakespeare’s Macbeth 4 Kidz production is aimed at children, the show was anything but just for kids. The theatre production was thrilling and exciting, a must see for all. The hairs on the back of my neck stood up when the witches appeared on stage, we jumped out of our seats when the banging on the gate keepers door echoed around the theatre and even laughed out loud at the comedy.

What? what! comedy I hear you cry :-) Macbeth has been updated in this child friendly theatre presentation, so it can be better understood and enjoyed by today’s generation and Shakespeare for Kidz do an excellent job, one of the best productions I’ve ever seen

We left the Embassy theatre with huge smiles on our faces.

Music, dance and a little bit of comedy has been incorporated into this Shakespearean production of The Tragedie of Macbeth, so the whole family can enjoy it, but it’s been done in a way that takes nothing away from the famous William Shakespeare Play the blood, murder and treachery was not watered down for the young audience, the power of the story of Macbeth was improved for a new generation to enjoy at the theatre.

The original dialect of Macbeth that Shakespeare plays are famous for was cleverly interwoven with modern English so that the joys of Shakespeare’s stories can be appreciated by all for another 400 years. Thanks to the Shakespeare 4 Kidz Macbeth I got the chance to see and understand a Shakespeare play :-)

The performances by the actors are powerful and compelling which made you become enthralled in each characters plight. The actors are brilliant in all fields, their performance was professional, their singing was amazing and the traditional Celtic dances was delightful, they made you feel proud of Scotland? (I’m English :-))

I have to admit I’m not into William Shakespeare, I don’t understand the old language and it always seemed boring and tiresome when I was at School, but I got well into this performance. I found it to be a powerful play, those that have studied and understand Shakespeare plays forget that not everyone can follow a William Shakespeare play no matter how hard they try. I watched for example a BBC production of King Lyre over 15 times in concession on video when I was a teenager and I still don’t get it. 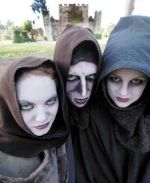 Learning about the play by William Shakespeare’s Tragedie of Macbeth through a musical is a genius way to get the kids hooked. I think it’s important for kids to learn about Shakespeare, but in a fun way, this was the perfect opportunity for my son to see Macbeth and he enjoyed every minute of it, so did the lady I was sat next to and the families around us.

Shakespeare 4 Kidz Macbeth is easy to understand there’s no need for a tutor to explain the text to enjoy it, making it a fantastic experience to see works of one of our most accomplished playwrights in history.

Shakespeare 4 Kids have changed Macbeth into modern language which means the language is no longer a barrier to enjoying a great play. I now know why people love Shakespeare, his plays are gruesome and filled with the horrors of the human heart as well as heroism and courage.

Take the Kids to see this play, the music and songs are amazing, the dancing was enjoyable and the acting superb. Lady Macbeth in particular and the lead Macbeth was very good. 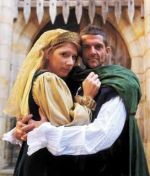 I never knew Macbeth’s down fall was because he was a good man that did evil deeds and he couldn’t cope with the guilt and horrors he committed. Yes I enjoyed myself AND learnt something new, what more can you ask for from an afternoon at the theatre :-)

Got to say though our favorite part of the play had to be the comic relief in the form of the gate keep, it was funny to watch, his songs where jovial and there was audience participation which got us all laughing, we really enjoyed this part of the play and broke up the intensity of the story nicely.

The technicians behind the scenes impressed me, the lighting and sound gave a really intense atmosphere with thunder strikes and lighting flashes, the scenery was very good, my son loved the moving rocks the witches pushed around. A very professional production, the proof of the pudding is always in the details, things you might not notice or take for granted. I was impressed with every dimming of the lights and the background noises.

My only criticism and it has nothing to do with the play is that there was two showings of Macbeth at the Embassy, both during the day, I assume so schools could watch the production. I feel it would have been better if there had of been one showing during the day for schools and another showing in the evening for families. When Tchaikovsky Nutcracker Ballet performed at the Embassy over 400 people where in the audience, I feel Macbeth might have seen similar numbers had it been shown during the evening. This Shakespearean production definitely is not just for children, it stands on its own merit as a well produced production of Macbeth in musical form.

Would We Go Again : Yes.
Would We Recommend To Others: Yes.
Was It Value For Money: Yes .
Recommended For: Everyone.