Hardy’s Animal Farm is quite far down Anchor Lane in Ingoldmells, Skegness particularly if your walking like we where, so stick with it and you’ll get there eventually :-)

I must say I was quite nervous that my 11 year old son wouldn’t like Hardy’s Farm. When we arrived, the outside although clean and tidy didn’t give any indication as to what to expect. It was so sparse of anything interesting I actually asked my son if he was sure he wanted to go in!

The entrance is attached to a gift shop and I have to say it is very spacious. Hardy’s Farm have excelled with there gift shop where other attractions fail. 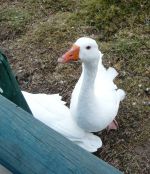 Hardy’s gift shop had lots of beautiful trinkets and souvenirs, but where it pleased me the most was the space and lay out, you can wander around freely, the atmosphere is relaxing, and the lady who greeted us was helpful and welcoming.

Most gift shops at attractions go to no effort at all, there usually small and cramped and the staff never talk to you. The lady at Hardy’s farm chatted with everyone, we had a chat when we first arrived, when we brought our gifts and as we were leaving. It was a quiet day when we went, but I got the feeling she would welcome every one and make them feel at home.

Hardy’s Farm gift shop is well thought out which meant I had plenty of time to look at, listen and talk to my son as we walked leisurely around, he had my undivided attention which we both enjoyed.

I don’t know how many times I’ve been bumped and jostled, with my kids asking for this that and the other, constantly trying to move or having to move out of peoples way- down tight aisles with breakables on both sides in gift shops at other attractions we have been to.

The rest of Hardy’s Animal Farm consists of a restaurant, outdoor adventure play ground, and of course farm animals.

We didn’t go in or try any of the food at the restaurant so unfortunately I can’t give an opinion on the facilities since we took a picnic.

Picnic facilities From what I could see was only two picnic tables, but if you take a blanket, there is plenty of space on the open grass area around the outside of the adventure playground where we ate our sandwiches.

Hardy’s Farm adventure playground is suitable for kids and the young at heart to play on :-) My son particularly liked the rope swings (so did I), climbing towers and bridge.

I would give parents a WARNING when it comes to the slide!!! My son had a near fatal accident on this slide, (summer 2008) the slide is unfortunately quite dangerous and I would advise you NOT to let your children on this slide, or at least to go up with your child no matter how old they are. The slide is at least 8ft high which you get up to via wooden stair, at the top of these stairs there is a low wooden beam and only a handrail with NO RAILINGS / SPINDLES!!!.

My 11 year old son, (who is only the size of a 9 year old in height) ran up the stairs cracking his head hard on the beam which made him fall backwards down the stairs and almost though the open hand rail at the very top. Luckily I was with him and caught him averting catastrophe from falling. If this happened to my son it could happen to any one’s child, so I would suggest being on your guard until the low beam at top of the stairs has had some spindles or similar attached to the hand rail (that was summer 2008).

There was also another problem I noticed on the adventure play ground and unfortunately Hardy’s Farm is not alone on this issue, and that is general maintenance. Playgrounds at most attraction tend to get forgotten!

In Hardy’s Farms case a patch of nettles had been allowed to grow quiet large in one corner of the park where children could fall, so although the adventure playground looked impressive and my son, despite his accident enjoyed it immensely. On closer inspection and from a parents point of view was not up to standard. A little more care and attention, and Hardy’s Animal Farm could have a top notch adventure play ground.

There are pay as you go mini tractors at £1.00 a go which my son decided was to expensive, and tractor and trailer rides which costs 50p per person to ride around the farm which takes about 5 or so minutes I personally think the tractor ride should have been free as part of the entrance fee since it cost us £9.50 for me and my son just to get into Hardy’s Farm.

I don’t normally comment on the toilets in a review, but the toilets where immaculately clean. I was pleasantly surprised to see that they had a disinfectant soap dispensers in the lady’s so that you could clean the toilet seat before you use them, which means no more hovering girls when you visit Hardy’s Farm and need to take a tinkle :-)

The best thing at Hardy’s Animal Farm was the Animals themselves. The animals where the best behaved I’ve ever seen, I have never experienced such loving and calm animals before, they were so friendly. You can feed the goats and some of the other animals (ask at the gift shop for advise on which animals you can feed) the animal food cost £1.00 for 4 bags from the gift shop (we went in 2008) which was good value.

Normally when we visit places similar to Hardy’s Farm, the animals usually don’t want anything to do with the visitors, even when you do have food to give them like: like the goats at Skegness Natureland Seal Sanctuary, they will take the food but pull away when you try to stroke them. With the exception of the lamas at Hardy’s Animal Farm that wanted the food but not to be petted, the Hardy’s Farm animals were amazing-which I guess goes to show how much they must be loved, well looked after and happy with there environment.

The animals are just as happy to be stroked and fussed over even if you have no food. Even animals like the small ponies, that you can’t give the bags of food to because it’s not suitable (which means they’ve never been fed by visitors) were happy and eager to be fussed over.

Quite a few of the animals run free like the rabbits, kids (baby goats not visitors :-) ), peacocks and several fowl. I liked the idea of the duck pond area. It was some where nice to sit, but I felt the experience could have been better if the pond water was cleaner,and maybe have float-able duck food to give the ducks and geese, also a garden perhaps in this area. 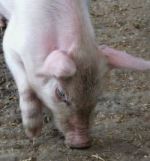 Hardy’s farm is clean and tidy and not too smelly unless you go visit the pigs :-)

Hardy’s Farm is a Skegness Attraction I would recommend to families. I noticed a lot of the family’s there had young children, but it really is an attraction for anyone. If you have older children above 10 or boys like me, don’t assume it will be boring for them because its a farm, you couldn’t be more wrong just as I was :-)

Hardy’s Animal Farm is a good attraction for the whole family, it’s a nice day out- to sit, relax and enjoy together- a place to recharge your batteries and forget the outside world for 3 or so hours.

The gift shop is lovely, the adventure playground is good (with the exception of the slide) and the Hardy’s Farm Animals are not to be missed, they really are the stars at this Skegness Attraction

We will be going again and next time I’m taking my hubby and other children and will take some photos (camera was broke).