Everybody loves a good laugh and that’s just what you’ll get if you go to see these guys and gals, the Graffiti Classics show was brilliant, we laughed our socks off all the way through the entertainment :-)

We saw the group Graffiti Classics play in St Mathews Church in Skegness as their contribution to the SEAS Festival (see our SEAS Festival Review).

How has the Skegness Embassy Theater ever missed this great gem of a band!! They are sensational. Although we saw them in a church, Graffiti Classics normally plays in theaters and tours around the world. The best musical show we’ve seen by far, wonderful, if they come back to Skegness we’ll see them again.

Graffiti Classics are a quartet of talented musicians that add a comical twist to their musical performance. Laughter rang out loud in the church and the applause was long after each act ended. I have been to many a theater production and have never seen the audience so eager to give thanks, and a well deserved standing ovation at the end.

I had tears in my eyes from laughter and strained my cheeks from constantly smiling throughout the 2 hour show, the slapstick entertainment was hilarious, but their comical success doesn’t stop at the comedy they are very talented and top rate musicians to boot.

They played classical and traditional folk songs from all over the place (you’ll recognise many of them) all mixed up with light hearted fun on their violins, viola and double bass, there was a bit of drum playing too in one of the songs. It doesn’t matter what music you normally listen to, you will find their performance enjoyable because of the comedy, it’s light hearted slapstick at it’s best. 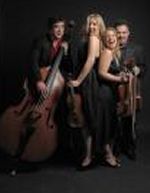 The group are VERY interactive with the audience talking and joking all the way though, It’s so warm and friendly.

The musical show is so unique we’ve never seen anything quite like it before and raved about the performance all the way home with huge smiles on our faces. Our son had the best time, he got to go up to the front and give the double bass a go, you can see on the video below.

(Video coming soon, the audio messed up, so trying to fix it first.)

I didn’t take any photos or more video of the Graffiti Classics, I was having such a good time I forgot, besides if I had been stuck behind a camera I wouldn’t have been able to join in, it’s hard to clap when your hands are full and audience participation is always the best part of a performance and the Graffiti Classics are great at this, real naturals with an audience.

We got the other images for this review from the Graffiti Classics own website :) 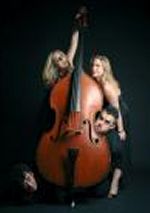 Other shows I’ve been to, the performers can be intimidated by an audience, they don’t feel all that comfortable interacting with us. Not the Graffiti Classics (especially the Irish bloke with the over the top facial expressions :)) they knew who was in charge and how much they were loved and everybody young and old loved them!

One of the best nights out of our lives, go see the Graffiti Classics so it can be one of yours.

Would We Go Again : Yes
Would We Recommend To Others: Yes
Was It Value For Money: Yes
Recommended For: Everyone Young and Old, Highly Recommended